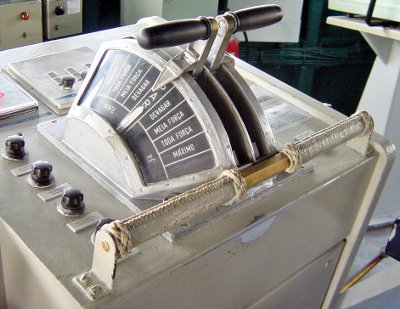 PHUKET: This week I’d like to talk about throttling – the infernal ability for Internet Service Providers (ISPs) to look at what you’re doing online, and cut back your speed if you try to do something that doesn’t conform to the ISP’s concept of what you should be allowed to do.

It’s a hot topic, not just in Thailand, but all over the world. In North America and Europe you’ll hear the phrase “net neutrality” – the idea that ISPs shouldn’t be allowed to prefer one kind of data traffic over another. In other countries, Net Neutrality guards against such horrific concepts as charging extra for access to Facebook or Netflix.

All over the world, including Thailand, one key component of net neutrality is whether ISPs should be allowed to sniff your data traffic and restrict your speeds depending on what you’re doing. Specifically, in places with strict Net Neutrality laws (I’ve heard rumors that there are a few), ISPs can’t watch to see if you’re downloading or uploading a torrent, and cut back your speed if you do.

Many of you use one of the many torrent programs to download large files, typically audio or video files. I’ve used torrents to download leaked beta test builds of Windows. Torrents work well. Except when ISPs block them.

Many ISPs watch over your shoulder as you’re using the Internet, to see if you’re using BitTorrent, uTorrent or one of the other torrent downloaders. If the ISP’s programs determine that you’re downloading or uploading a torrent, they automatically throttle your connection and cut back your torrent downloads to a trickle, instead of a, uh, torrent.

That kind of throttling is perfectly legal in Thailand. Indeed, it’s legal almost everywhere in the world. Some ISPs make no bones about their throttling. Most, though, don’t tell you – and some change their throttling criteria from day to day. That’s true in Thailand, but it’s also true worldwide.

You can run the tests by pointing your browser to bit.ly/y3ry and following the instructions. Each test takes about eight minutes.

So far, I’ve determined that True’s ADSL service throttles Torrents and Newsgroup access, and I have the Glasnost runs to show it. But I would like to get a much broader picture of all the ISPs on the island and their major packages. (For example, if TOT throttles its ADSL lines, that doesn’t necessarily mean it’s throttling their Fiber lines.)

If you’re willing to run the tests, and you know which ISP and package you’re using, send an email to Woody@Khunwoody.com and I’ll forward you a spreadsheet with testing details and a place to report your results. Run the tests and send the results back to me. I’ll put the responses together and, with your help, paint a complete picture of throttling in Phuket in a future LiveWire.

Phuket’s Tuptim gets support for life

Phuket butterflies to take wings in the wild