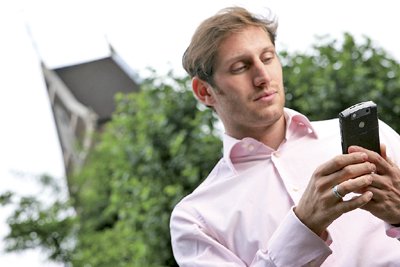 PHUKET: A friend of mine – one of the Sunday morning computer clinic crowd – sends an interesting tale about his pre-paid AIS account:

“I recently went through 300 baht of phone service in 10 days. 300 baht usually takes me over a month. Couldn’t figure out why.

I routinely receive a ‘News Plus’ SMS message, in Thai, from AIS. I delete it – I don’t read Thai and even if I did, I’m not interested in AIS promotions. After a visit to the AIS office in Phuket Town, I learned that I’m being charged 9 baht per minute for calls and 9 baht per received SMS, including the News Plus advertisement.

Mobile phone companies in Thailand have promotions all the time. Remarkably, some of those promotions apply to pre-paid accounts, as well – which means you qualify for the promotion even if you don’t have a work permit or retirement visa.

Here’s another friend with a different trick, for extending cancellation dates: “I just checked my pre-paid balance at DTAC and had 117 baht with 208 days validity. With DTAC, you can buy time – that is, you can pay to increase the number of days of validity, up to a maximum of 365 days. I tried to buy 180 days for 12 baht, but I couldn’t as that would take me over the maximum of one year of validity.

I contacted AIS and they immediately blocked the service and refunded the spent amount on my next bill. They said it was a service mistake, but I wonder how it could’ve happened. Can a third party just charge my phone with something I never ordered? There must’ve been a security breach at AIS.

By the way, this happened immediately after I switched my account to 3G. And yes, I’ve had antimalware software installed on my phone since day one.”

A word to the wise: check your phone bill!

4G coming to Thailand?
The Nation reports that TOT is upgrading its wireless system from HSPA to HSPA+. That may sound like alphabet soup, but it’s a very good sign – and not because of the claimed speed advantages. “This upgrade will improve mobile broadband services for the 7.2 million TOT customers and increase download speeds to even 42 megabits per second (Mbps) compared to the current 7.2 Mbps,” says TOT.

Yeah, sure. HSPA+ is definitely better than HSPA, TOT’s old network technology, but the new network won’t be six times faster, I guarantee.

If you’ve been following my columns on 3G, you know that CAT already has an HSPA+ network. Since both TrueMove-H and DTAC use the CAT network, they have HSPA+ too. So in some respects TOT and AIS (AIS uses the TOT network) are just playing technological catch-up.

Here’s why TOT’s move to HSPA+ is a “Real Big Deal”. They’re using Nokia-Siemens to upgrade their towers to HSPA+, and the equipment Nokia-Siemens is installing can be upgraded in place to a technology called LTE. LTE is a Real Big Deal – it’s a legitimate “4G” product that could revolutionize the way we get Internet in Phuket.

In the States there are marketing and BS wars about 3G and 4G, with lawsuits flying every which way – but there’s an emerging winner. PC World just performed a nationwide study that showed that AT&T’s “4G” LTE service has the fastest wireless internet access in the US, with average download speeds of 9 Mbps. Yes, that’s the average. Yes, that’s three or four times faster than our fastest international download speeds in Phuket. Yes, that’s for a wireless service.

Several industry observers feel that LTE is so fast it’s going to displace wired ADSL, just as mobile phones displaced land lines years ago. Based on the numbers I’ve seen, that could happen. Maybe.

Seth Bareiss holds computer sessions every-other Wednesday afternoon, from 1 to 3pm. If you have a Windows problem that needs to be solved, drop by one of Seth’s free afternoon sessions, or come to one of our free Sunday morning roundtables at Sandwich Shoppe Chalong. Details in the Phuket Gazette Events Calendar.

This story was originally published in the Apr 28 – May 4, 2012 hard-copy issue of the Phuket Gazette.