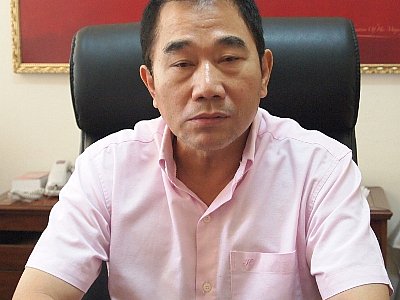 PHUKET: The chief of the Phuket Land Department has voiced support for the ongoing investigation into allegations that corrupt government officials colluded with private investors to have land title deeds issued on state land.

“The investigation by the Public Sector Anti-Corruption Commission [PACC] into illegally-issued land documents in Phuket will serve as a deterrent to other people who might be thinking of doing the same,” Sithichai Promchart told the Phuket Gazette.

The announcement by Mr Sithichai follows the discovery by PACC Secretary-general Dusadee Arayawuth and his team that many plots of protected forest land in the Kamala Hills were issued Chanote land title deeds illegally.

The PACC [Secretary-general] has now forwarded his office a list of many more suspect title deeds for closer inspection, including many in the Kamala area, said Mr Sithichai.

“Our office has also sent staff to investigate certain land plots that have ‘problems’. We are now waiting for the results of those investigations,” he added.

Mr Sithichai explained that from 2009 to the present, applicants had presented SorKor 1 papers requesting various title deeds for 4,337 individual plots. Of this total, 1,007 were requests for full Chanote land title deeds. Of these, 526 have already been issued.

All of the remaining applications have been lodged with district land offices in Kathu and Thalang, which are responsible for checking whether or not all the documents provided to support the applications were accurate and legally issued, Mr Sithichai said.

Those deemed valid will be processed, while those that are not will be revoked, he said.

Most of the problem cases are coming from the Kamala area, so applications for plots in that area will be subject to increased scrutiny, he said.

In a related development, the Royal Forestry Department (RFD) has announced it will launch an investigation into the illegal acquisition of land in Phuket, Phang Nga and Krabi after it discovered that more than 2,800 rai of forest reserve areas had been encroached upon over the past two years.

The move comes after the department recently discovered that about 65 rai of forest reserve at Freedom Beach in Patong, with an estimated value of 4 billion baht, had been taken over by “wealthy people”.

Samak Donnapee, chief of the department’s Forest Land Management Bureau, said encroachment into forest reserves had been rising drastically over the past two years, due mainly to the booming tourism industry and the rising price of agricultural products in Phuket, Phang Nga and Krabi.

Since 2010, about 2,848 rai of forest reserve land in Krabi, Phuket and Phang Nga have been invaded.

“A lot of resorts and rubber plantations were found in these areas,” Mr Samak said.

The department will also investigate land title deeds and other ownership documents issued in the past three years to see what entitles them to occupy forest reserves.

The RFD will also study satellite images to determine how the encroached land is being used. It will also check the age of the trees in the area to determine how much of the forest land in these reserves had been destroyed or degraded.

“If we find that the so-called ownership is illegal, we will immediately arrest the people and demolish all structures built in the forest reserves,” he said.

According to the RFD report, the three provinces have a total of more than 4,800 square kilometers of land marked out as forest reserves:

Recently, the department found that “wealthy people” were encroaching onto about 547 rai in the Ao Nang-Hang Nak forest reserve in Krabi.

“We found that one man was behind all this. He usually asks local officials to issue title deeds for his land, before he sells the land off to other wealthy people,” Mr Samak said.

Several of the new landowners had visited his office to seek interpretation of the aerial images, many asking officials to issue documents confirming that their land was not located in a forest reserve.

The department also found abnormalities in the interpretation of the aerial images.

Some of the interpretations of the images of encroached-upon land were conducted by a single individual.

Aerial images need to be interpreted by a group of experts from the committee set up to solve problems with encroachment, he said.

Examples of this occurred with land at Freedom Beach in Phuket, Koh Yao in Phang Nga and Mae Ram Phung Beach in Prachuap Khiri Khan, he said.