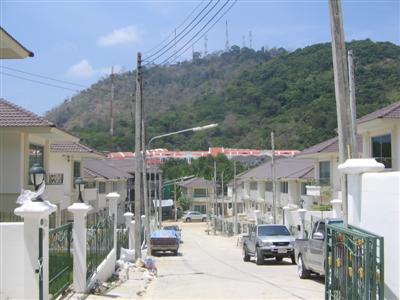 PHUKET CITY: Island residents hoping to get their first home loan queued up at the Phuket branch of the Government Housing Bank as early as 6am yesterday – the first day of receiving applications under the government mortgage scheme for first time homeowners.

Welcomed by lower and middle-income earners, the scheme promises zero interest during the first two years of loan repayments.

The policy is expected to be a success particularly in Phuket, where there is a large market for new properties priced under three million baht.

Within the first half hour of opening its doors, the Government Housing Bank in Phuket Town reportedly issued more than 100 queue tickets and expected to receive no less than 200 completed applications before close of business yesterday.

Home loan applicants queuing up were mainly civil servants, eligible to borrow up to 2.5 million baht, and non-government workers who qualify for loans between 750,000 and 2 million baht.

Phuket prospective homeowners were not alone in their enthusiasm for the scheme. The positive response nationwide prompted Finance Minister Korn Chatikavanij to announce yesterday the Finance Ministry will consider doubling the scheme from 25 billion baht to 50 billion baht.

He also insisted that the exemption of mortgage registration and transfer fees would not cause a huge burden on government finance.