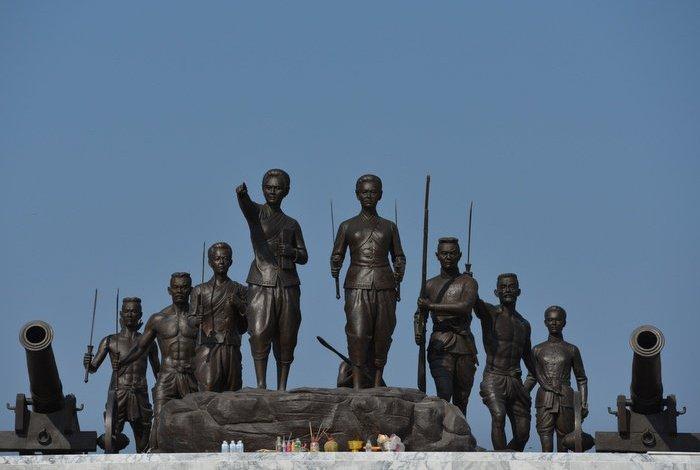 PHUKET: This year’s Heroines’ Memorial Festival, running March 5-19, is sure to impress all in attendance with cultural and historical activities to honor war heroes Thao Thepkrasattri and Thao Srisoonthorn.

“The purpose of this event is to honor the heroism of Lady Thepkrasattri and Lady Srisoonthorn, who sacrificed their blood and lives for generations to come,” said Phuket Governor Chamroen Tipayapongtada. “We hope that Phuket’s younger generation is able to learn about the history of their ancestors.”

Among the events taking place to honor the heroines, who led Siamese forces in repelling the 1785 Burmese invaders, is a mass ordination of monks, sport competitions and tours of historical locations in Thalang that are associated with the battle. Light and sound shows reenacting the historical battle are also part of the free entertainment.

The schedule of events is as follows:

March 7-11:
9am: Free daily tours departing from Thalang Historical Park, near the Heroines’ Monument. The tour stops at important local-historical locations, including the Thalang National Museum, Muang Komarapaj Temple and the Thalang Victory Memorial. The tour will also make a short excursion into Phang Nga.

March 12:
9am: Ceremony to pay respects to ancestors.