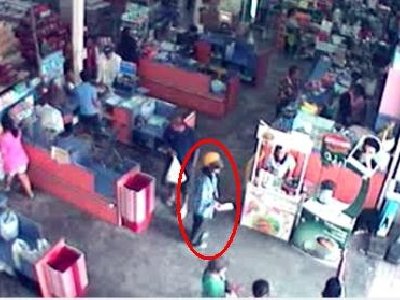 PHUKET: A Phuket supermarket is warning local businesses to be on the lookout for a female con artist who recently relieved them of 45,500 baht in an audacious scam.

Phuket Grocery general manager Thavich Boonprasert asked the media to inform the public about their experience as a warning to be on the lookout.

On the morning of August 13 a dark-skinned woman with long hair wearing a checkered, long-sleeve shirt and yellow motorcycle helmet came into Phuket Grocery, located on Ong Sim Phai Road in Phuket Town.

The woman asked to speak to the head cashier, who happened to be out at the time, Mr Thavich said.

Another cashier suggested the woman speak instead to financial officer Rewadee Permpon.

On her way to speak to Ms Rewadee, the fraudster spoke to another employee and claimed that Mr Pornchai – the owner of Phuket Grocery – had sent her to collect 45,500 baht.

She then went to the service counter and asked for the name of the manager (Mr Thavich) and his phone number.

After getting the number, she pretended to talk to Mr Thavich on the phone as she approached Ms Rewadee. The woman told Ms Rewadee the same story: that she had been sent by Mr Pornchai to get the money. Mr Thavich had already approved the transaction during the “phone call”, she claimed.

An unconvinced Ms Rewadee asked to first speak with Mr Thavich, but the con-artist refused to hand the phone over, claiming Mr Thavich was in a hurry.

Ms Rewadee then tried to call Mr Thavich, but the phone line was busy. This led Ms Rewadee to believe that the woman was still on the line with him.

Swayed by the evidence, Ms Rewadee decided to hand over the money to the woman and asked her to sign a receipt.

After the woman left, Ms Rewadee called Mr Thavich to confirm that she had given the money to the “courier”. Mr Thavich, however, told her that he knew nothing about a woman being sent to get money from the store.

Realizing they had been swindled, the pair reported the incident to police.