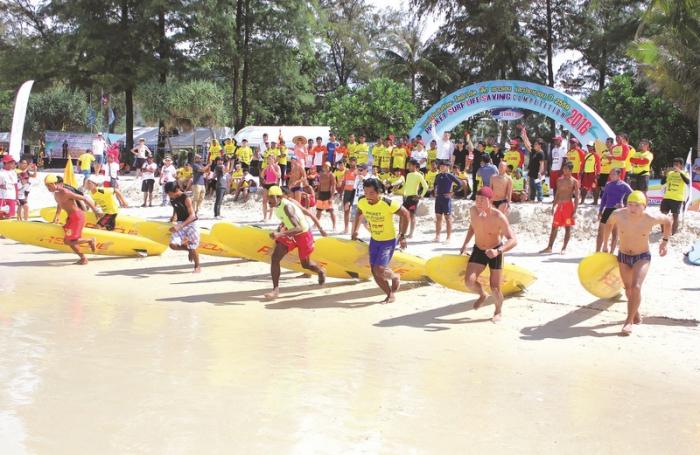 PHUKET: Safety on the roads and waterways in and around Phuket is a “top priority” for the high season, Phuket Governor Chokchai Dejamornthan has declared, as is customary at provincial hall this time of year.

In a meeting with police, disaster prevention officials and public health department heads on December 7, Governor Chokchai set a target of less than 50 deaths in the province for next year, starting by implementing ‘strict safety measures’ on land and sea before the end of the year.

Reducing road accidents is a priority, said the governor, adding that there were many factors to take into account, but drunk driving was the most common cause of road deaths and so a province-wide anti-drunk-driving ‘campaign’ would be launched ahead of the festive season.

Gov Chokchai also recited the decades old call for a ‘renewed effort’ to make all motorcyclists wear crash helmets when on the roads.

According to the latest statistics from the provincial health department, 114 people were killed in accidents in Phuket between January and October this year; 80 per cent of them motorcycle collisions and 84 per cent of the victims male.

Most motorcycle accident victims were men aged 21-25 years old and were killed between midnight and 3am. At least 80 per cent of those victims were not wearing crash helmets, the report stated.

Phuket Provincial Police Commander Teerapol Thipjaroen said that the usual police ‘checkpoints’ would be set up across the province to check motorists for drunk driving and speeding during the early hours.

“It will be hard to control the number of accidents, but with co-operation from all departments to ensure that motorcyclists wear their helmets and don’t drink alcohol before driving, there could be ‘some measure’ of success in reducing road deaths,” said Gen Teerapol.

Marine safety is also said to be high on the agenda for the influx of foreign tourists during the year-end high season.

The participants practiced rescue skills and were graded in swimming, running and board rescue contests.

PLC President Prathaiyuth Chuayuan said the day of activities was a significant step towards improving safety for swimmers at Phuket’s popular tourist beaches.

“Swimmer safety is our priority and so improving our life-saving knowledge and skills is a paramount,” said the PLC president. “The participants benefited greatly from the workshop, which has brought us up to international standards as well as building strong ties between the 12 nations involved.”

Phuket Marine Chief Surat Sirisaiyas confirmed that his department was also going into high-gear for the high season to keep a closer eye on marine safety and called for co-operation from boat and tour operators to ensure against accidents.

“We will be strictly enforcing laws governing marine safety, including speed restrictions and preventing boats from entering restricted areas. If everyone obeys the laws, accidents can be dramatically reduced,” he said.