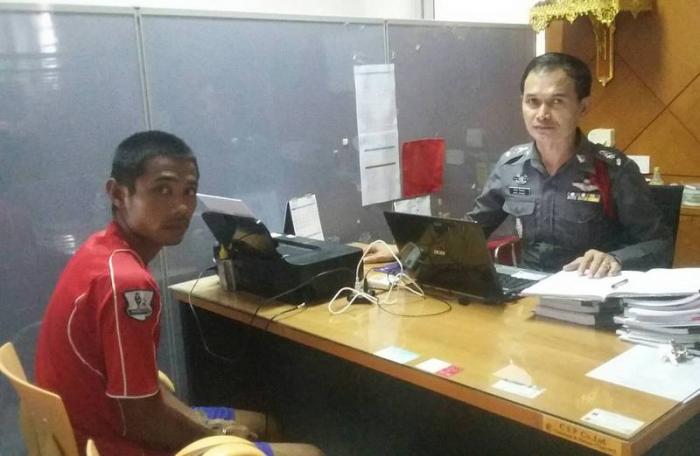 PHUKET: A man was arrested for robbing a French couple in Cherng Talay last night.

The tourists (whose names have been withheld by police request) flew back to France this morning after being reunited with their belongings shortly after the incident occurred.

“According to the couple’s statement and witnesses’ accounts, they were walking near Zscape Condo, between Cherng Talay and Baan Don, when a man approached them, snatched their bag and took off,” said Lt Col Sakon Krainara of Cherng Talay Police.

“The couple shouted for help, after which passersby at the scene helped track down and catch the robber. Their bag – containing a camera, mobile phone, hotel key card and some cash – was returned to them,” he added.

Police arrived at the scene and apprehended the suspect, named Isara Kajaroen, 28. He was charged with robbery and taken to Cherng Talay Police Station for further legal processing.

Phuket Gov slashes accidental death target by more than half