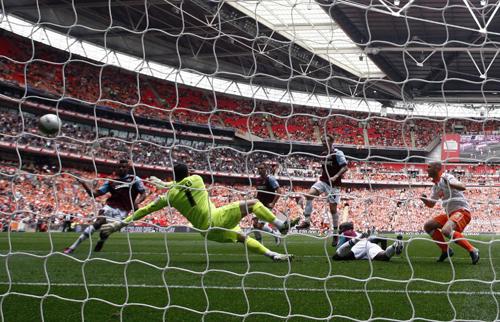 PHUKET: While the Premier League generates recession-busting revenue increases, times are tougher for the 72 football clubs outside the elite as they battle for media exposure and commercial deals.

Those clubs comprise the three-tier Football League, which features such illustrious names as former champions Nottingham Forest and Leeds United in its top division.

Condemned to the role of poor relation since the Premier League (EPL) teams broke away two decades ago, the Football League is polishing up its own marketing act, emphasising its ability to reach millions of supporters across the country.

It is negotiating with new sponsors and plans an early start on television contract renewal talks to tap in to the growing sporting rivalry between BSkyB and BT.

“We have a very interesting year ahead. We have our title partnership and the renegotiation of our television contract,” the Football League’s Chief Commercial Officer Richard Heaselgrave said.

The sponsorship is the most pressing item on the agenda for Heaselgrave, who has been in the job for a year after working for American basketball’s NBA and European soccer’s ruling body, UEFA.

Energy company npower, part of Germany’s RWE, is in the final few months of its three-year Football League sponsorship, but change looks inevitable after the exclusivity period for renewal ended without agreement.

“We’re negotiating with them, (but) we’re also negotiating hard with new partners,” Heaselgrave said in an interview.

“There is a number of companies who would like to buy in to this enormous fan base.”

For its part, npower said that talks were continuing.

The neighbours, however, are separated by a growing chasm when it comes to television revenue – the main driver of the Premier League’s commercial success.

By contrast, the Football League’s TV deal with BSkyB is worth only 65 million pounds a season under a three-year deal that began in 2012.

Though less than a year into the current agreement, Heaselgrave wants to make an early start on negotiating the next TV deal, saying that the entry of BT into the sports rights market has changed the landscape.

“We’ll start conversations this year. There is a buoyant market there,” Heaselgrave said.

The riches on offer through winning promotion to the Premier League have encouraged wealthy overseas investors to buy clubs pushing for promotion from the Championship, as the second tier is now known.

Heaselgrave says that foreign investment allows the Football League to tap in to overseas markets that already pay a premium for top-flight English football.

The increase in foreign ownership has enabled the Football League to identify several new potential audiences, with overseas fans keen to watch their adopted teams.

“That’s an opportunity,” Heaselgrave said. “It’s a menu of games we suddenly have. You have to be able to sell TV on a more bespoke market-by-market basis, and that is what we are doing now.” ($1 = 0.6304 British pounds)