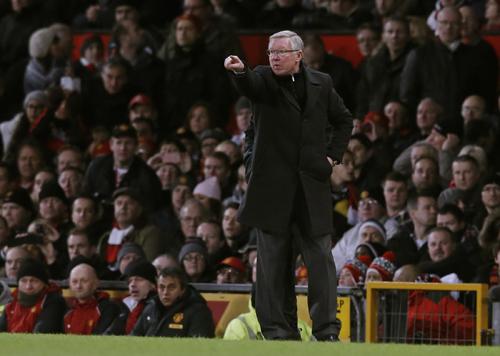 PHUKET: Manchester United will ring the changes for their FA Cup fifth-round clash with Reading on Monday (Tuesday morning Phuket time), but manager Alex Ferguson still expects his new-look side to get through against the Premier League strugglers.

United came through their midweek Champions League last-16 1-1 draw with Real Madrid with no fresh injuries, but Ferguson still wants to utilise the strength in depth at his disposal.

“We’ve come through Wednesday’s game without any injuries,” he told reporters on Friday.

“That’s the best thing, apart from the result of course. I’ll make some changes for Monday night, even though it’s an incentive to get to the quarter-final. I don’t think that’s lost on any of the players.

“There’s a good spirit in place and they’re all contributing. Whatever side I pick we’re expected to qualify. That’s what happens at United. Whatever team you play you’re always expected to win.

“I went to see Reading last week and they’re a team who are showing plenty of fighting qualities at the moment, as you’d expect given they’re down the bottom of the league.

“We’ll take nothing for granted. In the FA Cup you always expect the unexpected. It happens so many times. You just hope you’re not a casualty or a shock.”

Midfielder Paul Scholes, who has not featured since the end of January, is still struggling with a knee injury and could be out for two weeks, the club said on their website.

PHUKET: England midfielder Jack Wilshere is unlikely to be risked by Arsenal in the FA Cup against Blackburn Rovers today ahead of next week’s Champions League clash at home to Bayern Munich.

The 21-year-old has been in great from since returning from a serious ankle problem and shone for England against Brazil in last week’s friendly international at Wembley.

However, manager Arsene Wenger is wary of pushing Wilshere too hard after he suffered a minor thigh injury against Sunderland in the Premier League last weekend.

“I will not take a risk,” Wenger said yesterday. “(That is because I have) the rest of the season in mind and what happened to him before.”

Defender Laurent Koscielny is also a doubt for the fifth round Cup tie against Championship (second tier) side Blackburn because of a calf problem.

“Wilshere and Koscielny have a test this morning and Thomas Vermaelen should be back. He has a definite test today,” Wenger said. “We have plenty of people in training today who have a test and we’ll see how well they come out of it.”

Arsenal face Bayern on Tuesday at the Emirates in the first leg of their last 16 tie.