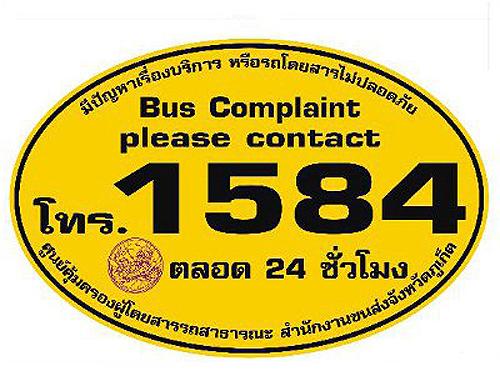 British tourist Iain Barnes arrived in Phuket to begin his dream of traveling to Asia while in his twenties – he turns 30 on January 19.

Here, at the start of his trip, Iain describes his “welcome” to Phuket from the taxi touts stationed at the Phuket International Airport.

PHUKET: The scene at the airport was bedlam. The taxi drivers were grabbing people; they grabbed my rucksack. They were banging a metal ramp to cause a lot of noise and shouting, “You’ll be here until morning if you don’t take our taxis.”

I had read about all of this in the online forums and on the UK embassy website, but I didn’t know anything about the stickers on the taxis or who to call if I had a problem.

The taxi counters were zero help. No one was speaking English, no one was giving basic information. People wanted to charge tons of money for taxi fares. They were charging 1,500 baht to Karon.

I asked the security guards and other people in the terminal if there was any other way to take a taxi, but they just kept saying, “I don’t know.”

I finally found the metered taxi stand all the way down at the end of the terminal. There was a bloke behind the counter but he was ignoring everyone, and another bloke outside the desk just kept saying “no, no” and pointing to a sign that said “No taxis”. But taxis were slowly picking people up, so I queued.

After ages, the bloke outside the counter gave me a ticket for the next taxi. I told him where I was going. He said it would be about 600 baht, but it depended on the meter.

When I got into the taxi, the driver wouldn’t turn the meter on – he even seemed to be trying to hide it with his hat and a box of tissues.

After all that hassle, I just thought, whatever. I told him where I was staying, though the bloke standing next to the counter obviously had already talked with him. The driver just said, “I know better hotel, you stay there.”

Then he drove me to a little random office about five or 10 minutes away from the airport. A bloke came out of the office and told me that his company was partners with the taxis. I didn’t want to get out, but he kept saying I had to get out and come into the office.

As soon as I got out, the driver drove off with my bag.

The man in the office kept telling me I should stay at this other hotel and that he didn’t know where my hotel was, that he had never heard of it.

The battery on my phone was low. I tried to plug it in so I could show him the address, but he wouldn’t let me.

About 10 to 20 minutes later the taxi came back. The driver said he knew where we were going, so I got back in.

I was knackered, so I drifted off to sleep a bit. We finally stopped just past the hotel.

I started to get out of the taxi and found that my rucksack was open and stuff fell out everywhere. I think the driver must have opened it when I was sleeping or something, because I never leave my rucksack open.

I realized my phone was gone only after the taxi had left.

Suddenly it dawned on me that if I had paid the 2,000 baht he would have said, “Hey, I found the phone.” I believe that he kept the phone because I didn’t pay him the money.

It was a horrible experience, but it hasn’t ruined Phuket for me. I brought spare mobile phones and I had kept my SIM card safe, separate from my phone, so I still have that.