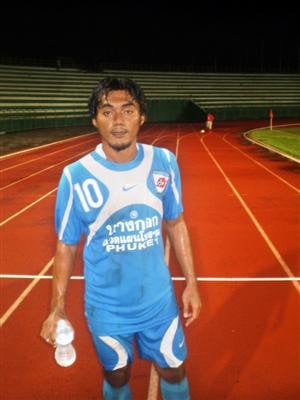 AO MAKHAM, PHUKET: In a bid to bolster the squad ahead of the 2010 season, the Phuket FC will hold open players trials on November 12.

The trial will take place at the FIFA Tsunami Memorial Center at Ao Makham from 4pm to 6pm.

The Sea Dragons finished their maiden season second from the bottom in the Thailand Regional Division Two South, winning just twice all season and failing to record a victory at Surakul Stadium.

Organizers are hoping the trials will attract a number of quality players from around the island as Phuket FC try to achieve promotion next year.

“There is going to be work done to improve the pitch and the squad will be much stronger next year,” said Eam Thavornwongwongse of the Kata Group last week.

“The setup is going to be much more professional. There are also ongoing negotiations with a couple of foreign players we hope will join us.”

Anyone interested in representing the Sea Dragons should attend the trials next week.

MV Doulos back in Phuket in mid-November