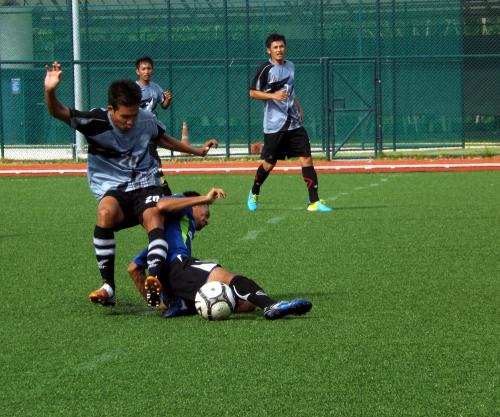 PHUKET: The Islanders got a strong injection of confidence this afternoon after making minced meat out of local college outfit, Rajbhat Phuket “Locomotive”, winning 9-0 in a friendly match at Thanyapura Sports and Leisure Club in Thalang.

The team, ranked 6th in the 18-team national Yamaha League One, have a break this weekend and will resume league play with their 20th of 34 scheduled fixtures next Saturday, August 3 against 15th placed Thai Tobacco Monopoly (TTM).

After that, the team will have at least five more matches in August.

Initially, their schedule comprised seven matches for the month, but their home match against top-of-the-table Air Force United, initially scheduled for August 21, will most likely be postponed.

Phuket Head Coach Paniphon Gerd-Yam told the Gazette, “Air Force has agreed to move the [August 21] match back to a later date, and we’re waiting to finalize this with the league.”

Next Saturday’s match against TTM will kickoff at 6:30pm at Surakul Stadium.