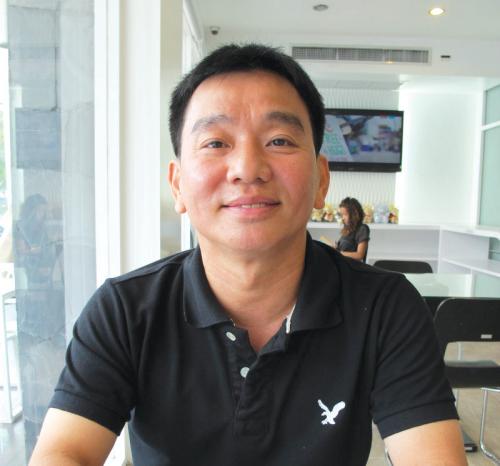 PHUKET: Santi Udomkiratak, 48, has been the Deputy Honorary Consul of the Russian Federation for the provinces of Phuket, Krabi and Phang Nga since 2008. Born and raised in Phuket, Mr Santi received a degree in mechanical engineering from King Mongkut’s University of Technology in Bangkok. Here, he gives his views on Russians in Phuket.

Most of the problems we have to deal with are from Russian tourists, who come to Phuket because it is very cheap and they don’t need a visa to come here.

Nearly 140,000 Russians visit our island every year. They only pay about 40,000 baht to a tour company in Russia who then takes care of almost everything for them: hotel, food and transportation. Because of this, their monetary injections into the local communities is limited. However, they are still spending some money when they are here.

The problems they cause are usually centered around road accidents and fights brought about through excessive drinking.

I accept that most Russians like to drink – in fact, they drink a lot. They probably forget that it’s closer to 30 degrees Celsius in Thailand, not the below-freezing temperatures of Russia they are used to drinking in.

The Russian investors who are putting money into Phuket are not a problem for the island. They seem to be causing very few issues. There is a substantial Russian community of about 5,000 expat residents on Phuket. There is a Russian community in Sai Yuan that doesn’t cause anybody trouble. They get along very well with the locals in the area.

I fully support the government cracking down on anyone who is working illegally in Phuket. Tourists cannot work, and those doing so must be dealt with properly.

However, the recent issue between local taxi drivers and Russian tour counters (story here) seems to be a little skewed, as these companies hire Thai staff and use raw materials from Thailand, so not all of the financial gains being made are going to Russians.

In reality, the tension between local taxi drivers and Russians in the Bang Tao area has been there for a long time, and has been brought up at Phuket consul meetings many times. Nonetheless, we’ve yet to find a permanent solution.

Cultural differences may be responsible for some of the tensions between Thais and Russians. For Russians it might not be as easy to smile or be friendly as it is for Thais.

In any case, the situation in Phuket is better than in Pattaya. We are free from Russian mafia here – they aren’t collecting protection money here as they do over there.

PACC it all in, Phuket