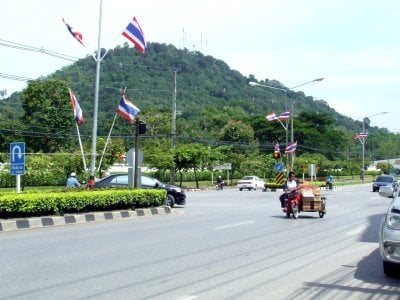 PHUKET: A plan by the Phuket Land Transport Office (PLTO) to open its new provincial bus station by October 1 is in jeopardy because local residents oppose having buses do U-turns on Thepkrasattri Road, the Gazette has learned.

PLTO Chief Kanok Siripanichkorn told the Gazette last week that his office hoped to have the 128-million-baht facility in operation by October 1.

Work on Phuket Bus Terminal 2 was completed in December last year, but neither Rassada Municipality nor the Phuket Provincial Administration Organization, citing financial constraints, agreed to take over its day-to-day operation.

Mr Kanok told the Gazette last week that his agency would run the station itself until Rassada Municipality is ready for the task, but opposition to that plan is now coming from local residents.

The residents say its opening would endanger them because it would force departing buses to do U-turns on busy Thepkrasattri Road. They also noted that no public hearings were ever held on issues that would directly affect them.

Those opposed have posted large banners in the area that read “For the safety of local residents, don’t let buses U-turn here.”

Among the most notable local residents of the area are the Wanich family, whose estate sits right in front of the U-turn.

The Phuket Provincial Office will now need to meet with the local residents and their leaders to try to find an equitable solution, but the process will delay the opening past the originally scheduled October 1 date, Mr Kanok said.

When the project was first put forward by the Transport Office it included plans to build a flyover that would have eliminated the need for large tour buses to do U-turns on Thepkrasattri Road, already Phuket’s longest and most deadly stretch of road.

That vital element of the project was never approved, however.