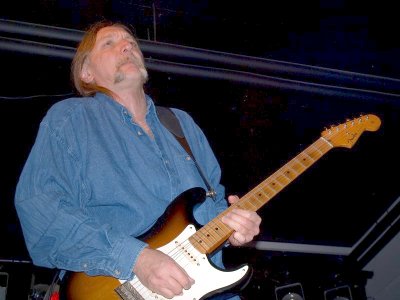 “Downloads for Harper’s music last night passed even the mighty Charlie Musselwhite and his new CD ‘The Well‘, which was recorded on the world’s largest blues label, Alligator,” said organizer Andy Anderson.

“This means that more radio stations in the world that play blues have downloaded [Harper’s] CD than any other CD this month. It is mega news for Rich himself, as hopefully his sales will soar through paid downloads such as cdbaby.com and amazon.com,” he said.

“This is most welcome news as, since his father died a year ago, Rich moved back to Pennsylvania to care for his ailing mother and therefore cannot spend a lot of time on the road,” he added.

The Los Angeles guitarist has been a cornerstone of the Phuket Blues Rock Festival, headlining the annual event for the first three years since its inception in 2005.

Legendary artists Eric Bibb and Charlie Musselwhite were the headliners in 2009 and 2010, respectively. Mr Harper also made appearances in both years.

“Rumor has it Rich will be back in Thailand for the 2011 Festival with a whole new show,” said Mr Anderson.

Other confirmed headliners for the sixth annual Phuket Blues Rock Festival, at the Hilton Phuket Arcadia Resort and Spa on February 25-26, are Curtis Salgado (curtissalgado.com) and Candy Kane.

“Salgado was Male Artist of the Year at the Blues Foundation Awards 2010 in Memphis – the ‘Oscars of the Blues Music industry’ – and was John Belushi’s inspiration and mentor for the mega movie The Blues Brothers, explained Mr Anderson.

“Cab Calloway’s character in the movie as mentor to the brothers is actually named Curtis Salgado,” he added.

Blues diva Candy Kane (candyekane.com) from California was nominated for three awards at the same event.

“Both [Salgado and Kane] are cancer survivors of three years and very happy to come to Thailand and play,” Mr Anderson said.

Other acts confirmed for the 2011 show are: British tribute band The New Machine Plays Pink Floyd; Phuket’s own Groove Doctors, who will assemble an all-new Phuket All-Star Blues Band; illustrious Norwegian rockers The Prodigal Sons will return; as will world music band AkashA from Malaysia.