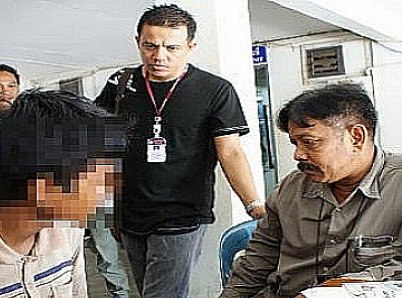 PHUKET:Krabi Police arrested three teenagers and one 20-year-old yesterday after a gang cut off a German woman’s thumb during an early-morning bag snatch in Krabi Town, across Phang-nga Bay from Phuket.

Muang District Police Deputy Superintendent Chatchawan Ninchan said Hanna Zerlaut and Sina Maureen Beckert, both 21, were attacked while walking along Chaofa Road in Tambon Paknam, Krabi Town, at about 2am on Sunday.

“The two women were walking along the street when ‘Dot’ and ‘Ae’ pulled up on a motorcycle to snatch the ladies’ bags, but the victims tried to fight them off.

“In the struggle Ms Zerlaut’s right thumb was cut off and Ms Beckert suffered cuts to her right arm and left index finger by a knife brandished by ‘Ae’,” said Lt Col Chatchawan.

Then the suspects rode off with their victims mobile phones and cameras, he said.

The women filed a complaint with the German Embassy, which sparked police action.

The four were arrested at their individual homes in Krabi Town two days later.

Although he used fake nicknames to protect the identity of the two minors, Lt Col Chatchawan identified Ae as the gang’s leader.

“All four are Krabi residents. Each one was arrested in his respective home,” he said.

“In making the arrests, police seized two mobile phones, two digital cameras, handcuffs and some cash from Ae’s house. The items seized will be used as evidence,” he added.

The gang has apparently confessed to a slew of other robberies.

“Besides snatch thefts and robbery of several tourists, the gang stole motorcycles as well. Ae confessed that he had committed at least eight thefts in the past three months,” Lt Col Chatchawan said.

“They said they targeted foreign tourists because they do not know the area well. Then they sold the stolen items and spent the money,” he added.

“All of them have been charged with armed robbery and receiving stolen property,” Lt Col Chatchawan said.