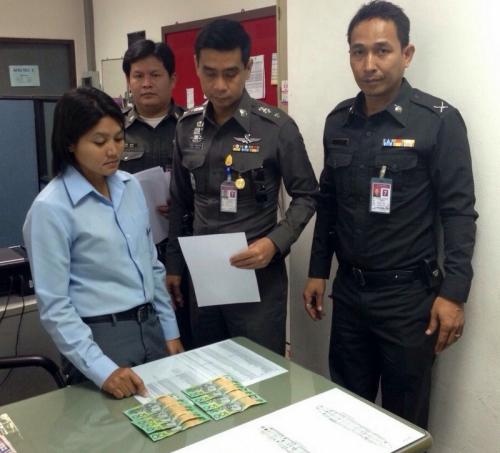 PHUKET: Police arrested a baggage security worker at Phuket International Airport on Thursday after the officer was found to have stolen AUS$900 from an Australian tourist’s carry-on bag while it was passing through the x-ray machine.

Tah Chat Chai Police arrested Uraiwan Yhobkhaan, 34, from Ranong, at her rented accommodation in Sakoo at about 9:30am.

“Australian tourist Andreas Paolo Clappis reported the money missing to airport security officer Montri Perphol at about 5:50am,” said Lt Col Theerawat Leamsuwan. “He said it went missing while his bag was being scanned by the x-ray machine.”

Ronnarong Joonsawek, Security Director at the airport, called in all staff who were on duty at the time the money went missing, Col Theerawat explained.

Ms Uraiwan failed to return to the airport, so police went to her rented room.

“She confessed to having stolen the money from the bag while it passed through the x-ray machine. She gave all the money back to Mr Clappis,” Col Theerawat said.

“Ms Uraiwan was charged with theft,” he added.

Can Phuket host an F1 race?