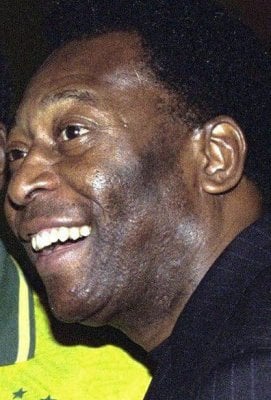 PHUKET: The island will play host on July 28 to a charity beach soccer match, which will be attended by soccer giants Edson Arantes do Nascimento – better known as Pelé – and Eric Cantona.

The announcement was made by Somsak Thepsuthin, Minister of Sports and Tourism, who visited the island to watch the Phuket round of the 1st ASEM (Asia Europe Meeting) Youth Games held at Surakul Stadium.

The exact location of the event has not yet been decided.

Brazilian Pelé, 64, is feted as one of the greatest players of all time and holds a raft of accolades. He was Brazil’s Minister of Sports from 1995 to 1998, is an honorary Knight of the British Empire and a United Nations Goodwill Ambassador.

Among his less well-known achievements is that, in 1970, both sides in the 1970 civil war in Nigeria held a ceasefire so that they could watch Pelé play an exhibition match in Lagos.

The enigmatic and fiery Frenchman Eric Cantona, 39, who was once captain of the French national beach football team, will also be in Phuket for the match.

Almost as famous for his temper and philosophical observations as for his football prowess, he has carved out a new career as a movie actor and director.

Many, however, remember the 1995 incident when his team, Manchester United, played an away game at Crystal Palace. Cantona was sent off, and as he left the pitch, a Crystal Palace fan insulted him. Cantona launched an impressive flying kick at the man, knocking him to the ground.

At a press conference later, Cantona said very little apart from “When the seagulls follow the trawler, it’s because they think sardines will be thrown into the sea”, which left the assembled media baffled.

Meanwhile, the National Stadium in Bangkok July 30 will be the venue for a match between the World All Stars team and their Thai counterparts, which will include Prime Minister Thaksin Shinawatra.

Pelé will represent, though not play for, the World All Stars team which, in addition to Cantona, includes French national player Youri Djorkaeff, Brazilians Careca and Carlos Dunga, Germans Rudi Völler and Andreas Brehme, and Argentine Claudio Caniggia.

Thepitak Chansuthep, President of the Senior Football Association of Thailand, told the Gazette that he expects the revenue from ticket sales at the Bangkok match to reach 5 million baht.

Funds will go toward paying for soccer clinics and other soccer-related activities for children in the tsunami-affected areas.

The match in Phuket will be free to spectators.

Storm forces flights to turn back