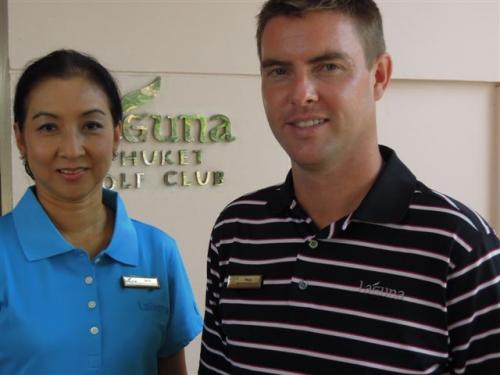 Paul Wilson has been appointed assistant director of golf at Laguna Phuket to guide the club through its planned course renovations during the next two years.

He was previously with Troon Golf, one of the world’s largest independent golf course management companies, where he spent four years overseeing the construction, opening and management of Saadiyat Beach Golf Club in Abu Dhabi, UAE.

At Laguna Phuket, Paul is joined by new Golf Club Manager Khun Walaiporn (Mod), who steps into the role after 12 years experience in golf operations, replacing Khun Passakorn (Meaw), who has moved on to pursue other interests in the golf industry.