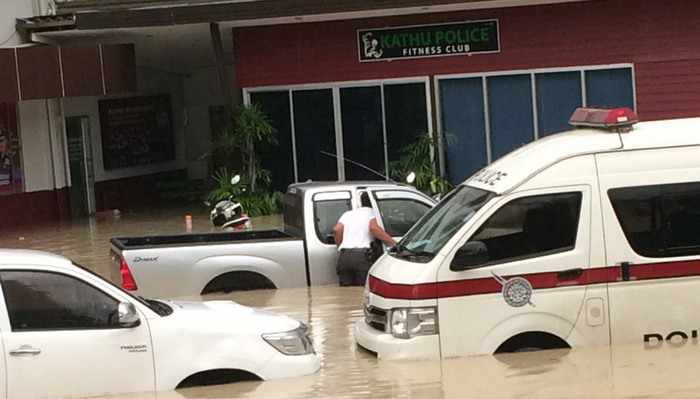 PHUKET: Patong Police are scrambling to move everything from the first floor to the second floor as their station is swamped for a second time in two days by Phuket flash floods.

“The water is about up to our knees in the station,” said Lt Col Suttichai Tianpho of the Patong Police.

About two hours of steady, heavy rain led to the station being flooded, Col Suttichai noted.

Phuket, it’s going to be a wet one