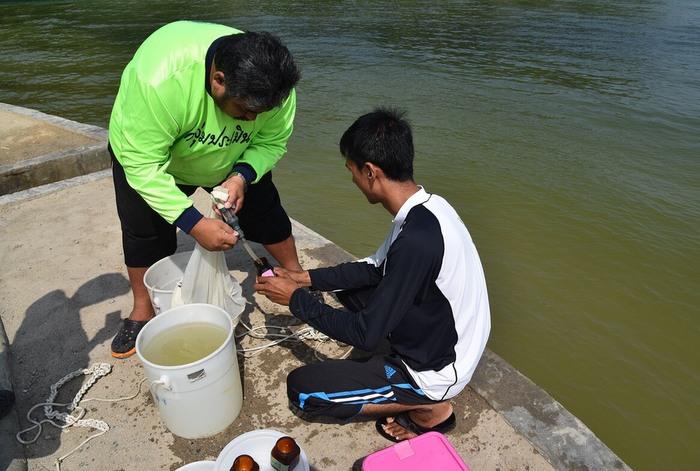 PHUKET: Officials confirmed that Patong Bay water was within safe parameters for recreational use, despite reports of swimmers developing rashes from the brown colored water.

“The water turned brown last week due to a plankton bloom. However, there is no health risk,” said Suphasit Boonpeinphol of the Phuket Marine Biological Center (PMBC).

Plankton blooms are often caused by excessive amounts of nutrients, in the form of nitrogen and phosphorus, spurred on by days of bright sunshine. In the past, algae blooms in Patong Bay have been directly linked to untreated wastewater pouring into the popular tourist area via the Pakbang Canal at the southern end of the island (story here and here).

“Though our initial tests showed that the water is within normal parameters, we will continue testing due to the reports of people developing rashes,” confirmed Mr Suphasit.

“Tests results did show high amounts of Chaetoceros and three other types of plankton,” Mr Suphasit said. “However, there is nothing dangerous about these plankton.”