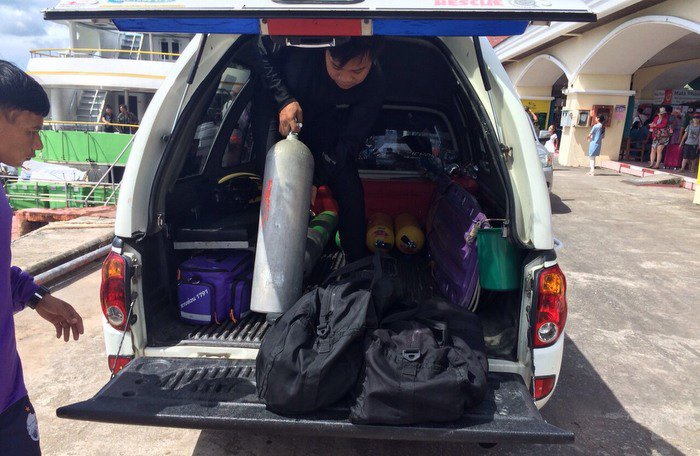 PHUKET: Two scuba divers were found and safely rescued this morning after disappearing from the tour group they were part off yesterday evening.

VTT Group brought the tourists to Koh Racha Noi to scuba dive. When it came time to bring everyone back on board the boat, the crew realized that Thai tourist Asang Saelor, 31, and Chinese tourist Huaqiu Ji, 25, were missing.

“We searched the area, but it was starting to get dark, so were forced to call the Phuket Marine Police and return to Phuket without them,” the 31-year-old speedboat driver Wacharin Saelor said.

Phuket Marine Police dispatched a search and rescue team to the area, but were unable to locate the pair.

“We resumed our search this morning. Luckily, VTT Group received a call informing them that their clients had been rescued by a Malaysian cargo ship at about 10:30am,” said Maj Nattapong Pruktharathikun of the Phuket Marine Police.

“The tour company is working out the logistics of recovering the divers from the cargo ship. At this point, it looks like the pair will catch a ride all the way to Malaysia before they can be returned to Phuket,” Maj Nattapong said.