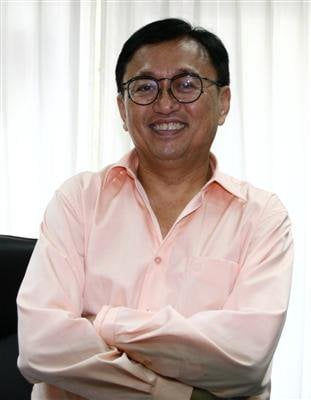 Mr Paiboon and Mr Sawat were handed yellow cards by the Election Commission (EC) in Bangkok on March 19.

Both cases were automatically forwarded to the Appeals Court, which ordered the pair to suspend official duties while the cases are being heard, effective from May 15.

Under election law rules, if an elected official is found guilty of vote-buying, the provincial election committee must arrange a by-election.

Those found guilty of yellow card offenses are allowed to run in the by-election, while those ruled guilty of “red card” offenses are banned from standing in any elections for one year.

The Appeals Court can overturn an EC ruling, uphold it, or even increase the “yellow card” penalty to a “red card” penalty.

Mr Paiboon said he is prepared to travel to Bangkok for the first hearing and isn’t worried about the charge.

“I don’t have to prepare very much because I didn’t do anything wrong. The case against me is pure slander, with people lined up to bear false witness against me. I am not worried; all I have to do is tell the truth and I will be fine. The court will analyze the evidence and come to the correct conclusion,” he said.

“The situation is the same for PPAO member Mr Sawat. He has his own lawyer and I have mine. Mr Sawat has served as president of a tambon administration organization and village leader for many years, like me always working for the public good. Neither of us need to engage in vote buying. We have never failed to pass an [electoral] test.

“For now, I can’t work as PPAO president, but I remain in close contact with local people and continue to inspect problem areas. I still help anyone who has a problem. The title ‘PPAO president’ doesn’t mean anything to me,” Mr Paiboon added.

Mr Paiboon said he expects the court to render a verdict in the case by the end of September.

The projects include expansion of the island’s closed-circuit television (CCTV) network and public bus service, construction of rest pavilions (salas) and “musical fountains” around the island, and a new park and sports stadium at the Hilfswerk Austrian-Thai Foundation on Koh Sireh in Rassada.

Public works projects to be funded by the PPAO include improved drainage near Wat Tai, off Chao Fah East Road in Chalong, and at the Tesco Lotus intersection on the bypass road.

“The PPAO has already asked for permission from the Department of Highways and we understand it will be granted soon,” he said.

“The PPAO continues to focus on projects that are too big for local administrative bodies to handle on their own and which improve the lives of everyone living in Phuket, both Thais and foreigners,” he said.