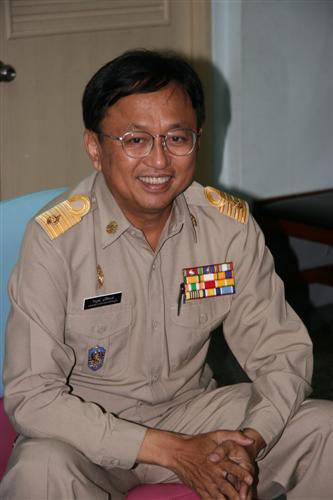 PHUKET CITY: The Region 8 Court of Appeals has ordered Phuket Provincial Administration Organization (PPAO) President Paiboon Upatising and a fellow PPAO member to cease their duties following a report of electoral fraud from the Election Commission (EC) in Bangkok.

PPAO Chief Administrative Officer (Palad) Manop Leelasuthanon confirmed the letter and said Mr Paiboon and fellow PPAO member Sawat Muchawej were no longer allowed to perform their duties until the court makes a ruling in the case.

The order was effective from May 15.

Both men were “yellow-carded” by the EC in Bangkok on March 19 when its investigation panel ruled in favor of a complaint lodged by Thalang District 3 candidate Apinan Wongna, who lost out to rival candidate Sawat Muchawej for the seat in PPAO elections held on April 20 last year.

Ruling that both Mr Paiboon and Mr Sawat had been involved in vote-buying, the EC ordered by-elections to fill both seats. The case was then forwarded to the Court of Appeals.

“These cases are now in the judicial review process. If the court upholds the EC ruling, the Phuket Election Committee will organize by-elections, but if they overturn the ruling they will be able to resume their work,” Mr Manop said.

Even if the men are found guilty, they will still be able to run in a by-election to fill the seats. Those found guilty of “red card” infractions do not get that option under Thai election law.

Mr Manop declined to speculate on how long the Court of Appeals would take to render a verdict, but said under legal statutes the court had up to one year to make a ruling.