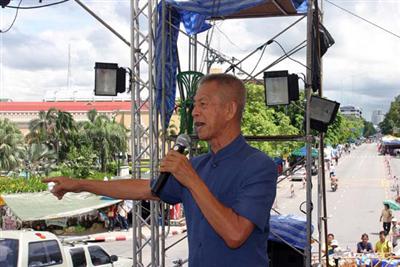 PHUKET: The People’s Alliance for Democracy (PAD) will stage a large rally at Saphan Hin in Phuket on April 18.

Mr Sondhi’s Asian Satellite Television (ASTV) is organizing the rally, which will start at 4 pm and go on until midnight.

Tickets will be priced at 200 baht.

Phuket is a major support bastion for the PAD, though local supporters have reportedly splintered into a “hardcore” group and a more moderate faction.

The Phuket rally will be nationally televised as a way of disseminating information about the current political situation in the country to PAD supporters.

According to some PAD insiders, the movement is making preparations to form a new political party, which may be named Thien Hang Tham (Candles for Righteousness).

The new party is likely to be headed by Mr Chamlong.