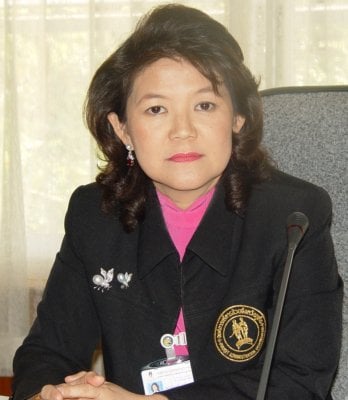 The dedication of nearly half the OrBorJor‘s annual budget follows seven schools transferring their administration organization from the central government to the OrBorJor by signing memorandums of understanding (MOUs).

Improvements in educational standards in the first four schools that signed the MOUs – Baan Maireab, Kathu Wittaya, Muang Phuket, and Cherng Talay schools – were already evident, K. Anchalee said in a press release outlining only rough details of the budget.

Part of the education budget will be used to build an “Andaman Learning Center” at the Lucky Complex in Saphan Hin. Part of the long-abandoned building will be transformed into a science education center, complete with a planetarium and other attractions.

The OrBorJor will spend 56 million baht on tourism promotion, with a focus on “market development” in India, as the growing Indian middle classes have high spending power and tend to travel with their families or in large groups, K. Anchalee said.

In addition, OrBorJor employees will stage road shows and attend trade fairs around the world, including in Germany, England, Sweden, Denmark, Malaysia and Dubai.

Part of the tourism-promotion budget will be spent on upgrading tourist attractions on Phuket and on improving the quality of services offered by tourism businesses. Baan Praya Wichit Songkram, behind Tha Reua Shrine in Thalang, will be developed into a historical tourist attraction, K. Anchalee said.

The OrBorJor will join with the Tourist Authority of Thailand in holding courses to improve customer service skills and to instill a “service mind” in tourism-sector employees, she added.

Pipping tourism with some 60.6 million baht allocated was “quality of life development”, which includes projects for the young, the elderly and the underprivileged.