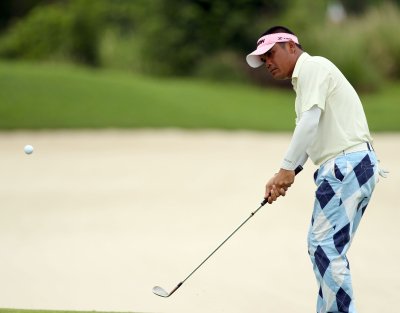 PHUKET: The island’s first-ever Pro-Am charity golf tournament is coming to Phuket with more than 30 big names from the PGA Asian Tour signed up to take part.

But time is running out for Phuket amateur golfers to get involved in the exciting event, as there are only 15 places left, the organizers say.

Simon Yates says that with the level of professionals already signed up, the tournament “looks like it will be a great event.”

“Hopefully we can raise plenty of money for children in Phuket,” he said.

The tournament is being held to raise funds for over 700 underprivileged children under the care of the ‘Phuket Has Been Good To Us’ education foundation.

Since its inception in 2004, the foundation has improved the economic opportunities of young people by providing free-of-charge English language education out of Phuket’s Kalim and Kamala based schools.

Some of the children will also be taking part in the Pro-Am, helping the professionals as caddies and as spectators.

Foundation Director of Operations Tina Hall says the support shown from the Asian Tour professionals could lead to the Pro-Am becoming an annual event, and she is confident that it would receive support from Phuket residents.

“The top-class venue and the golf professionals coming to take part underscore Phuket as a top golfing destination on the world stage,” he says.

Being the only three-time host of the Johnnie Walker Classic (1994, 1998, 2007), the Canyon Course is renowned for its difficulty and will test professionals and amateurs alike.

Entry for members of the Blue Canyon Country Club is 7,000 baht, with non-member entry at 9,000 baht.

Over US$150,000 worth of prizes will be set aside for winners, including a condominium valued at 3.1 million baht for any golfer who shoots a hole-in-one on the par-three 17th hole, once described by golf legend Fred Couples as one of the best par-3s in the world.

Golfers will also receive a gift bag valued at over 3,000 baht upon entry.

In addition, prizes will be on offer for nearest-to-the-pin on each hole and for overall tournament winners.

Following the golfing action, a four-course gala dinner will be held at the Sheraton Grande Laguna Phuket resort in the evening.

The Phuket Gazette and PGTV are the official media sponsors of the tournament.

If you’re an amateur golfer and want to get involved, contact Graham Haslam at: graham@phukethasbeengoodtous.org