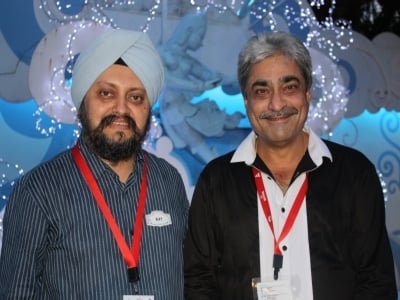 PHUKET: The Travel Agents’ Association of India (TAAI) expects at least a 100% increase in the number of Indian tourists coming to Phuket next year, TAAI President Rajinder Rai told the Gazette.

Some 1,000 Indian travel agents attended a three-day TAAI conference organized by the Tourism Authority of Thailand. The event, hosted by Phuket Fantasea in Kamala, ended yesterday.

“Last year, 40,000 to 50,000 Indians came to Phuket. After this convention our travel agents will make sure that more than double [this year’s number] come next year.”

The number could rise even higher if there were direct flights from India to Phuket and proper banquet halls and convention facilities on the island, he added.

“What we lack here is direct flights. This is what we are trying to tell our own local carriers. We are trying to get Kingfisher Airlines and Air India along with Bangkok Air and AirAsia to come here directly [from India]. If they can do that, I guarantee you the number of Indians that come here will be three times [as high as now],” he said.

He also pointed out the need for better banquet halls and convention centers. These would encourage more business groups and wedding parties from India.

He noted that he is aware of plans for a world-class convention center to be completed on Phuket by 2014.

The Tourism Authority of Thailand (TAT) has noted the potential in the wedding market and now has marketing campaigns in India aimed at attracting 1 million Indian tourists annually to Thailand within a few years, TAT governor Suraphon Svetasreni said.

India’s growing population and rising purchasing power make it an inbound market many Asean countries hope to tap into.

“We have been trying very hard to get the TAAI – with over 2,000 members – to bring their people to Thailand. We had to compete with offers from Egypt, Korea and the Philippines in our efforts to persuade them to come here,” he said.

“The main purpose of this conference is to build confidence in the TAAI as we have had some political problems in Thailand which led to a slowdown. We would like them to see the quality products and services we can provide and strengthen the relationship between our two countries. The response seems to be good,” Mr Suraphon said.

Echoing Mr Suraphon’s sentiments, Mr Rai said, “I am going to clearly – as we have already done – go and publicize the issue of Phuket being a fantastic destination for all walks of life. Anyone can enjoy a holiday in Phuket.”

“I anticipate the relationship between Thailand and India will grow. India is in love with Thailand,” he said.