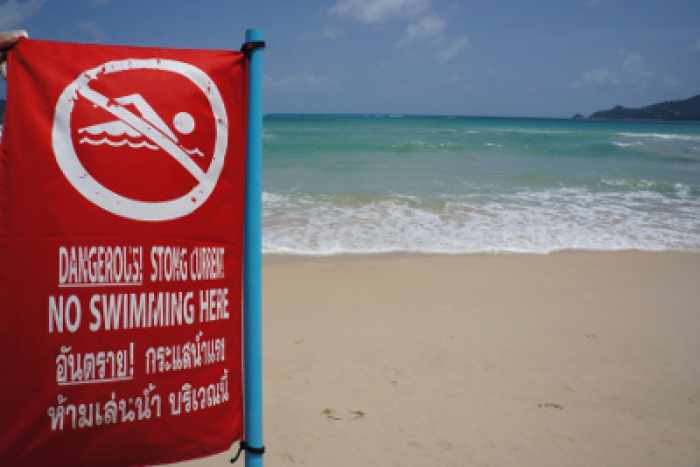 PHUKET: Two foreigners and four others were caught by a single wave and dragged away from shore at Phuket’s deadliest beach this afternoon.

Lifeguards were able to immediately save five of them. One is still missing.

Mr Apisit, a Karon local, was at the beach with a friend who is also 13-years-old.

All six taken by the wave were in the ocean despite red flags along the beach marking the area as a “no swim zone”, said Mr Uten.

Earlier today, Mr Uten told the Phuket Gazette that some tourists were disregarding the flags and lifeguards warning.

“When we see them, we warn them and try to urge them to get out of the water. Some listen to us, but some ignore us,” Mr Uten said.

“Tourists need to recognize that red flags signify ‘No swimming’.”

Crazed World Cup fans in Phuket: “Get it here!’