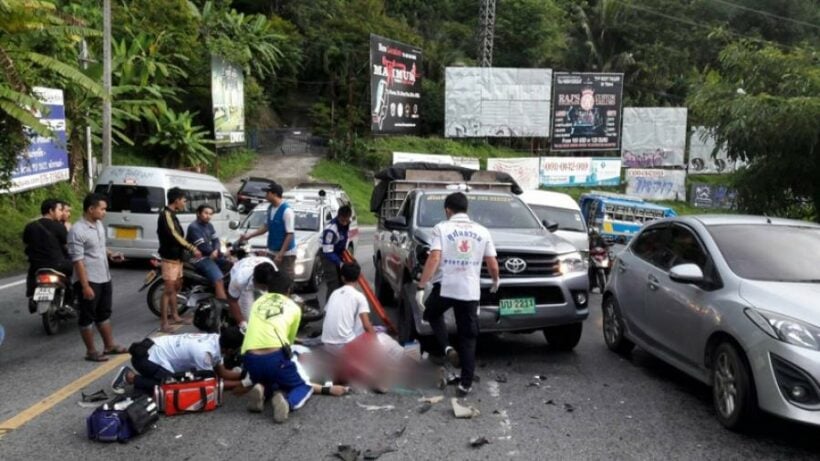 PHUKET: Two people were severely injured after their motorbike crashed into a pick-up truck on Patong Hill yesterday.

A police car travelling behind the riders captured a video of the collision with a dash cam, which showed the motorbike speeding down the hill, crossing over into the oncoming traffic lane and colliding with the truck, which was travelling uphill toward Patong.

The accident occurred at about 6:30am near the ‘Patong City’ sign. Kathu Police posted the video on their Facebook page.

Kusoldharm Foundation rescue workers transported them to Patong Hospital. The more severely injured of the two was later transferred to Vachira Phuket Hospital, where she remains in the Intensive Care Unit.

The truck driver is reported to be safe.

Police are waiting for the victims to recover before pressing charges in the case.