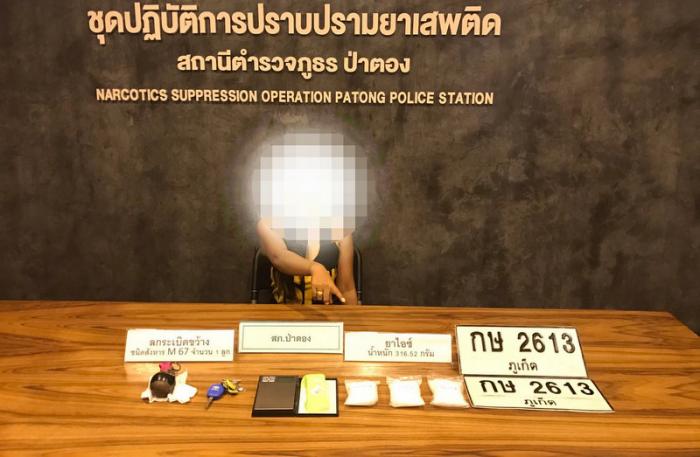 PHUKET: Police seized more than 300g of ya ice (crystal methamphetamine), a bomb and car from a rented room in Patong today. One suspect was arrested while another is on the run.

The bust was conducted at Phra Metta Road and the haul was valued at 1.2 million baht.

“We received complaints from locals that a woman named Urai Haha, 42, and her boyfriend Ton, 30, were selling drugs in the area,” Lt Col Somsak Thongkleang of Patong Police told the Phuket Gazette.

Ms Urai denied any involvement in the matter, saying the drugs and bomb belonged to Mr Ton and that he had brought them from Hat Yai to sell in Phuket. Mr Ton was not home at the time of the arrest.

She was taken to Patong Police Station for legal processing, while her partner is being hunted.