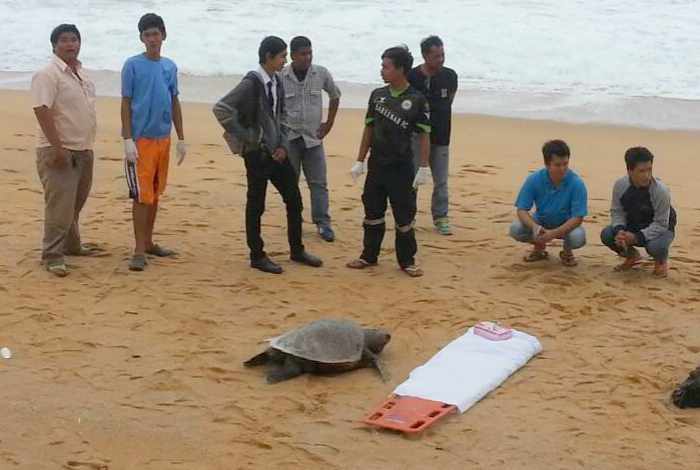 “We believe the turtle died a few days before the local villager found its remains,” said Jittipong Pimarnprom of the Mai Khao Tambon Administration Organization (OrBorTor).

Kusoldharm Foundation rescue workers took the remains of the turtle, about 53cm long and weighing 18kg, to the Phuket Marine Biological Center (PMBC) at Cape Panwa to investigate the cause of the animal’s death.

The turtle was not entangled in a fishing net and showed no deep cuts usually attributed to propeller blades.

What university techies can give back to Phuket