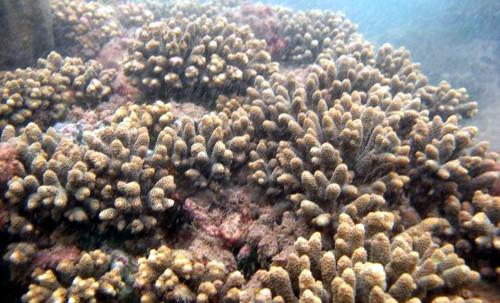 PHUKET: The environmental damage to Koh Samet is not as great as initially feared, according to five Phuket-based marine biologists who have just returned from a fact-finding mission to the oil-spill stricken island (story here).

The Phuket group’s findings were similar to those reported by the Department of Marine and Coastal Resources.

“We did not find any remains or evidence of endangered species being washed ashore, even a week after the oil spill,” said Phuket Marine Biological Center (PMBC) Director Ukkrit Satapoomin.

“This is despite the fact that villagers have reported seeing dolphins and turtles washed up on the beach,” he said.

Coral life has not suffered as greatly as feared either.

“The corals in most of the areas still appear in normal condition, with only some kinds of corals in a few areas found affected,” he said.

The Department of Marine and Coastal Resources website can be found here.