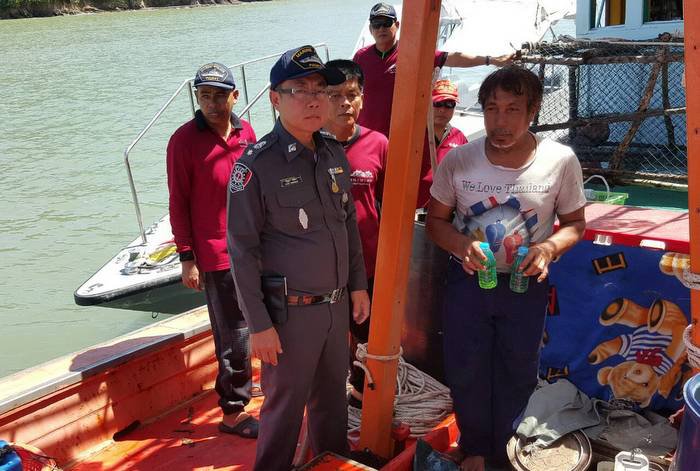 PHUKET: An oil smuggler was busted in Phuket yesterday after officials discovered 500 liters of illegal oil in a hold on a fishing vessel.

“Acting on a tip-off, we tracked down Kor Sinsomboon 2 at about 11:30am. The captain was unable to produce his captain’s licence. However, the sea was too rough to search the vessel, so we escorted Manoon Muang-ngam, 57, and his boat back to Rassada Pier,” explained Phuket Marine Police Chief Panya Chaichana.

With custom officials aiding in the investigation, the team discovered 500 liters of illegal oil in plastic bottles in the hold of the boat.

Known as ‘green oil’ the untaxed oil is usually sold to Thai fishermen at discounted prices in international waters.

Mr Manoon was charged 10,000 baht for smuggling the illegal oil into Thai waters and an additional 5,000 baht for not carrying his captain’s licence, Col Panya said.

Mr Manoon paid the fines and was released.