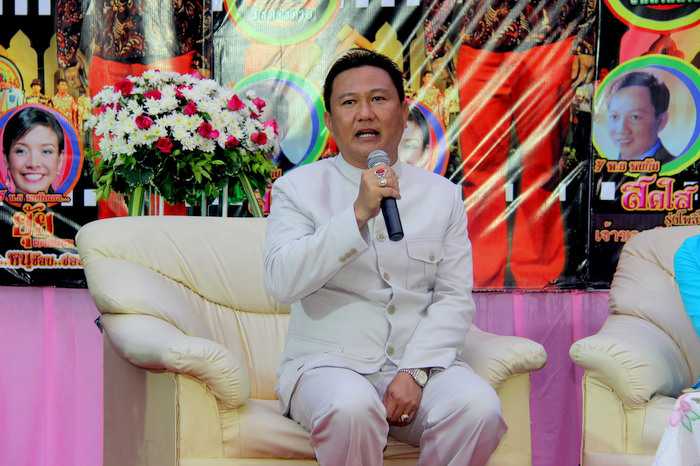 PHUKET: Phuket residents and tourists have been invited to join a three-day festival in Srisoonthorn to celebrate Loy Krathong and honor the island’s tin-mining history.

The event will be held at the Bang Maruan Lagoon, which is located next to the site of the old Bang Maruan Mine in the center of the island, from November 4 to 6.

“Locals really take pride in this festival. It brings people together, and allows them to celebrate their ancestors and reflect on where they came from,” said Srisoonthorn Mayor Worrawut Songyot.

“It also provides the younger generations a chance to experience and learn about local traditions. If they don’t learn about them, the traditions will be lost in time.”

The festival will feature a full-sized replica of a tin-mine sluice, which demonstrates how tin was separated from the sludge, as well as three-wheeled rickshaws that were used to ferry Phuket nobles of the day.

Mayor Worrawut hopes that the festival, in its third year, will leave an impression on all who attend.

“This event gives visitors a chance to learn about how the people who worked at the Bang Maruan Mine used to live,” he explained.

“Hopefully, visitors will enjoy the festival and leave with a new-found appreciation of our local traditions and cultural heritage.”

“This kind of event will really unite people,” he said. “It will offer the many tourists who come to Phuket the chance to appreciate the traditional lifestyle of the locals during the tin mining days.”

The Tourism Authority of Thailand (TAT) Phuket office will be adding the event to its official calendar as part of the annual Loy Krathong festivities.

“We want to add the festival to our calendar so that tourists will be aware of yet another interesting event in Phuket,” said TAT Phuket President Anoma Wongyai.

Future of Phuket’s jet-ski operators to be decided next week: officials