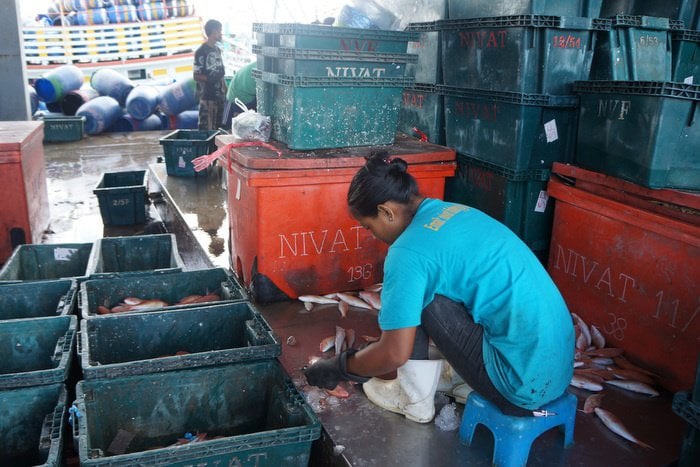 PHUKET: The head of Phuket’s Port In-Port Out Center (PIPO) has denied knowledge of a reported two-month grace period during which unregistered fishing boats can continue to fish while they become legal.

“I have spoken with relevant officers today, and no one has received any official notice informing us that we should allow unregistered vessels to take to sea to fish for another two months,” Capt Preecha Tuntiruk of the Third Naval Area Command and head of the PIPO, told the Phuket Gazette yesterday.

“If we find unregistered vessels fishing, the owner will be fined up to 100,000 baht, face up to one year in jail, or both.”

Capt Preecha urged all unregistered boat owners to get their operations legalized so that they can continue their businesses once again.

“We have not received this information yet. Many Phuket fishing boats still cannot go out to sea,” said Mr Somyos.

Mr Somyos noted that many of the fishermen on these unregistered boats are feeling the effects of the new, strict regulations.

“It has been almost two weeks since we stopped fishing. Our income has decreased by more than 50 per cent, compared to this time last year. Phuket fishermen are starving now,” he said.

“We are starting to look for Thai crew, because hiring them would make the registration process easier. We don’t want to ruin our vessels by keeping them docked for months.”

Man on the run after shooting father-in-law