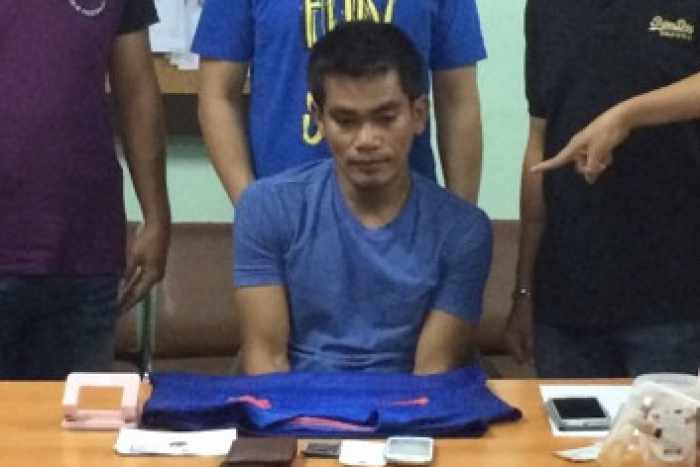 PHUKET: A Pattani man enjoyed a three-hour massage in a Patong hotel room last night, then robbed his masseuse and fled, but was quickly caught by police.

Police were alerted by staff at the Patong Sub Inn at about 7:30pm that a woman had been tied up and had called for help, said Patong Police Deputy Superintendent Khunnadet Nanongkhai.

The masseuse, who police have declined to name, explained that her customer had threatened her by pressing a sharp object against her back, and then robbed her of 600 baht, a gold bracelet worth about 5,000 baht and a Samsung mobile, said Col Khunnadet.

Because her customer had checked into the hotel using his own ID, police were able to identify him as Russanee Bahe, 30, and found him at his rental room less than two hours later.

“Mr Russanee confessed that he had threatened the masseuse with a room key, then tied up her hands and feet and blindfolded her before robbing her,” Col Khunnadet added.

“We went to his room and found the telephone in a garbage bag. He said he had spent all the money and sold the bracelet to a gold shop.”

Mr Russanee has been charged with theft.

All World Cup matches to be aired: NBTC