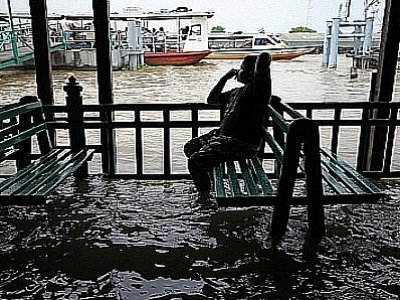 PHUKET: The head of the Phuket Regional Blood Center, run by the Red Cross, has called for blood donations to bolster dwindling stocks in the northern, central and northeastern provinces which have been severely affected by floods.

“We have enough blood in stock for the six provinces along the Andaman Coast, but I am calling for blood donations because the Red Cross Society head office has requested more blood for use in northern and central Thailand because of the severe flooding,” Center Director Pornthip Ratthajak told the Phuket Gazette.

Director Pornthip dispelled concerns that the Phuket Vegetarian Festival, which concludes tomorrow, had caused the blood stocks at the center to run low.

“Since the beginning of the Vegetarian Festival, we have not received any unusually high requests [for blood] from any hospital. We still have a lot of blood at our center – more than enough for our region alone.

“But those living in flooded areas are in need of blood. Entire areas are inundated, and no one can go out to donate blood there. As a result, blood stocks in those areas are running low. So it is our job to provide them the help they need,” she said.

The center is calling for donations of any blood type.

The center will set up mobile donation clinics at several locations along the Andaman Coast.

The clinics’ schedule for collecting blood donations for October is as follows: