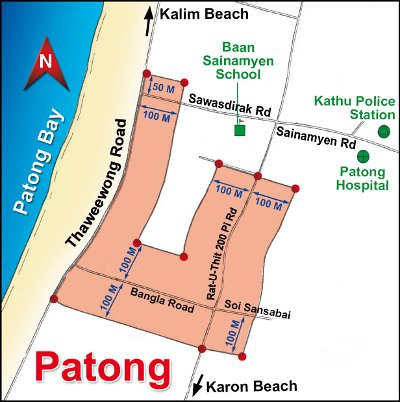 PHUKET: All bars in Phuket must close at their regular closing times tonight and throughout the Songkran holidays, Governor Tri Augkaradacha has announced.

“We have no policy to allow bars and entertainment venues to extend trading hours during this Songkran,” Governor Tri told the Gazette.

“It is not like holidays during the high season, when we allow them to stay open until 4 or 5 am. They must close on time in accordance with the law,” he said.

Patong Police Superintendent Arayapan Pukbuakhao confirmed this will be the case in Patong.

“People should not throw water violently at other people. We will also warn and stop people from throwing water at passing motorists, which is dangerous,” he said.

Fireworks and firecrackers also will be banned in Patong during the holiday, he added.

Muang District Chief Supachai Pochanukul confirmed that bars along Taina Road in Karon, the only entertainment zone on the island outside Patong, will have to close by 1am.

“The rest must close at midnight,” he said.