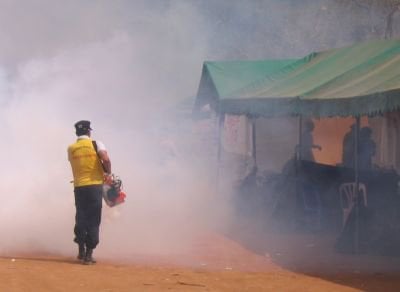 PHUKET: The chief of the Phuket Provincial Health Office (PPHO) has confirmed that there have been no reports of epidemic diseases on the island, but has warned people to take precautions with drinking water.

In particular, Dr Wanchai Sattayawuthipong warned people in coastal areas affected by the December 26 tsunami to refrain from drinking well water in order to prevent the spread of diseases.

Dr Wanchai said that contaminated drinking water is his single greatest concern. “I want to warn people in those areas to drink boiled water only,” he said.

The PPHO earlier distributed a notice issued by the Department of Disease Control on December 29, warning that diarrhea, cholera, influenza, conjunctivitis, malaria and other diseases could spread in affected areas if precautions are not taken.

Now everyone can drive