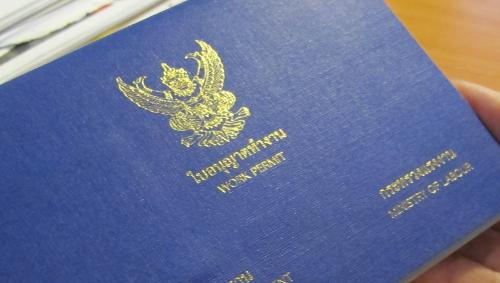 PHUKET: The Phuket Provincial Employment Office (PPEO), responsible for issuing work permits to foreigners on the island, remains closed today, but those with work permits set to expire or in process need not fear arrest, PPEO chief Yaowapa Pibulpol told the Phuket Gazette this morning.

“At this stage we are not sure when we can re-open the office, but all authorities involved in enforcing work permit regulations have been told not to arrest any foreigners whose permits expire while our office is closed due to the protests,” Ms Yaowapa assured.

Anti-government protesters brought about the closure of the office on Monday afternoon.

“We closed Monday afternoon when protesters arrived at our building. This will delay the issuance of some work permits,” Ms Yaowapa said.

Some applications that require the governor’s approval have already been signed by Governor Maitri Inthusut, but with the office closed, PPEO staff have no way of returning the documents to applicants, she explained.

Ms Yaowapa urged applicants to call her office daily at 076-219 660 to determine whether is has re-opened.

“Once we re-open, do not delay in filing your application to renew your work permit,” she said.