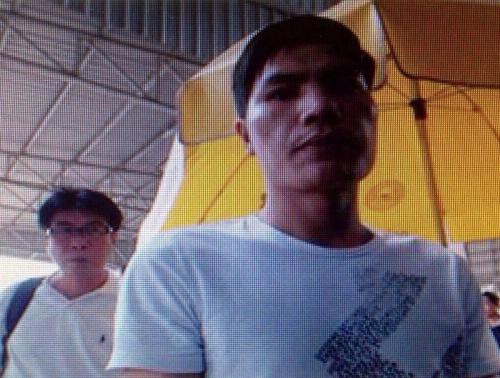 PHUKET: Police have been issued arrest warrants for a pair of Vietnamese ATM thieves who are believed to have fled to their home country after making off with 1.6 million baht from a Phuket ATM last month.

Nguyen Thanh Quang, 25, and Tran Dang Hoa, 26, are wanted for robbing the ATM at the entrance to Boat Lagoon on November 7 (story here).

The men were caught clearly on CCTV attempting to rob an ATM near an intersection on Thepkrasattri Road in Thalang at 1:20am the same day the ATM at Boat Lagoon was broken into. The CCTV camera at the entrance to Boat Lagoon was blacked out during the theft (story here).

“While inspecting work permits at a labor camp in Patong, officers found a Vietnamese witness who was able to identify the men in the CCTV image,” Phuket City Police Superintendent Sermphan Sirikong told the Phuket Gazette.

“The witness told us that the thieves were friends that he had been living with in a rental house in Patong, before the pair suddenly left in early November,” Col Sermphan said.

“Mr Quang and Mr Hoa did not came back to the house on the night of November 6. They didn’t arrive back until 11am on November 7,” Col Sermphan said. “They then told the witness they would head home to Vietnam that afternoon.”

Though police believe Mr Quang and Mr Hoa left Thailand on November 8, Col Sermphan said he was pursuing a way to bring them to justice.

No arrests for work permit delays caused by protests