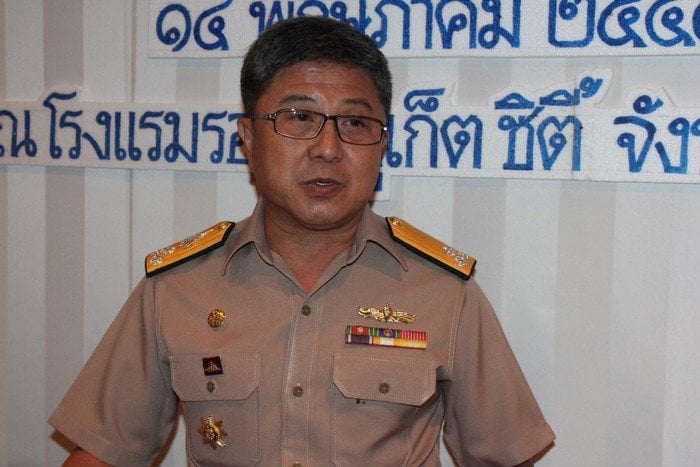 PHUKET: Top Phuket and Navy officials have voiced support for the government’s move to find islands on which migrants, Rohingya and otherwise, can stop over on their way to their destination.

However, they expressed concern about Phuket and islands which are part of Thailand’s National Marine Parks system being used as stop-over points.

The move follows an order from Prime Minister Gen Prayut Chan-o-cha to survey two unpopulated islands off Ranong with the view to using them as temporary holding centers for Rohingya migrants, reported The Nation today (story here).

According to the prime minister, the government has no budget to pay for sheltering more illegal migrants as there are still more than 100,000 refugees in the country at nine detention centers. However, he said, Thailand would work with other countries in the region to address this issue, The Nation reported.

“We are looking into using one of the islands off Ranong as a temporary holding center for Rohingya. However, it is only under consideration. No decisions have been made as of yet,” confirmed Vice Admiral Sayan Prasongsamrej, commander of the Royal Thai Navy Third Area Command, to the Phuket Gazette today.

“We need to determine which of these islands would be the most convenient for such a center. There are a lot of factors to consider.

“Once we have decided to develop one of these centers, we will bring the migrants food and drinks. We also need to be sure that we have enough personnel to dedicate to the task.”

V/Adm Sayan noted that islands south of Ranong would not be suitable for a center, as most of them are part of Thailand’s national parks system.

“We should not hold migrants on national park islands, as they are protected by the Department of National Parks, Wildlife and Plant Conservation. Allowing many people to stay on them would harm the natural environment,” he said.

Governor Nisit concurred with the navy commander, and added that Phuket would also not be an appropriate stopover point for migrants.

“Although Phuket is not the place where migrant boats should stop, we will not neglect this issue. We will work with Marine Police and other relevant officers to find a solution,” he said.