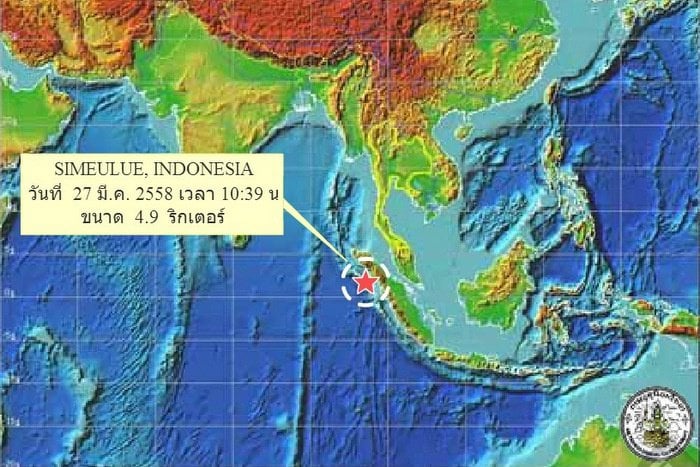 PHUKET: The National Disaster Warning Center has not issued a tsunami warning or alert after an earthquake measuring 4.9 in magnitude struck west of Sumatra this morning.

“We are aware of the earthquake, and a tsunami warning has not been issued,” confirmed Trakul Thotham, director of the Department of Disaster Prevention and Mitigation (DDPM) Region 8 office, based in Phuket.

The Thai Meteorological Department reported the quake as striking at 10:49am.

The United States Geological Survey (USGS) reported the epicenter of the quake at 70km southeast of Sinabang, Indonesia, at a depth of 27.9km (click here).

The earthquake off Sumatra this morning occurred along the Sunda Trench, where a 9.0 quake on December 26, 2004 precipitated the Asian Tsunami Disaster that killed more than 250,000 people.