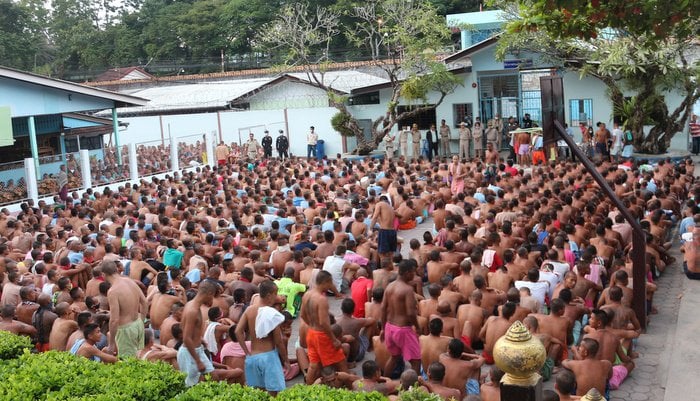 PHUKET: Construction of the long-awaited Phuket Provincial Prison is set to break ground next month, the prison chief confirmed to the Phuket Gazette today.

The new prison will relieve some of the pressure on the current facility, which has a capacity of 800 prisoners but currently detains more than 3,000.

“The new facility will be a top-of-the-line design and have more modern security measures. It will have a capacity of 3,000 inmates,” said Phuket Provincial Prison Chief Pichit Wanajit.

“However, I believe the prison will be able to detain up to 6,000 inmates. We do not want to have that many prisoners there, of course, but we do want to be prepared.”

Mr Pichit said that construction on the new facility will be completed in 2018.

“We think it is better to separate the men and women. This will make for better living conditions for everyone, and the women will have more room to carry on with their various activities, such as massage and baking classes.

“Part of the current facility might even be turned into a museum, as it is more than 100 years old.”

The plan for a new prison was first revealed to the public in August 2012 when Justice Minister Pracha Promnok reviewed plans to close the 115-year-old and heavily overcrowded provincial prison in Phuket Town and establish a 3,000-person capacity prison near the Bang Jo detention center in Srisoonthorn (story here).

However, Mr Pichit confirmed today that the budget had been slashed to 796 million baht.

The prison, to be built on 108 rai of government land in Srisoonthorn, is expected to be the best in the country (story here).