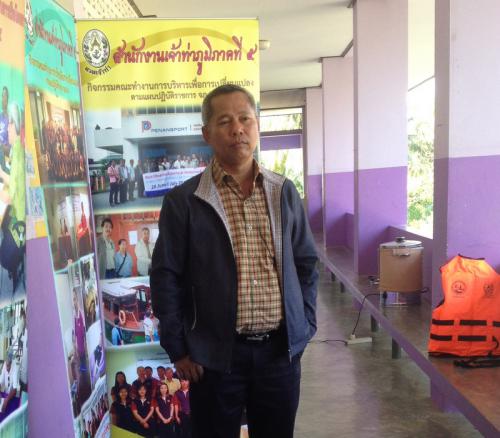 “Our aim is to promote sustainable tourism for Phang Nga’s Andaman islands. We also want to promote it as another diving location,” said Marine Office 5 Director Wichai Khamkong.

“Thap Lamu is a major gateway for visitors to the Similan Islands. Khura Buri is the gateway to the Surin Islands,” Mr Wichai said.

The ports were first built for local use only, said Mr Wichai. Over time, they have become overloaded in the effort to serve both locals and tourists.

“The new ports will be safer and more convenient for all parties involved.”

The Marine Department has hired experts from Khon Kaen University to undertake feasibility studies for the development of the ports. The research and development plans should be completed by October, explained Mr Wichai.

“This port development is one of our projects in the six Andaman provinces. Next year, we will conduct a feasibility study at Pak Meng Port in Trang and two ports in Krabi: Rai Lay and Nam Mao,” said Mr Wichai.

As for Phuket, officials have asked for a 240-million-baht budget to build an airport-to-Patong “sea taxi” and develop Palai Port (story here).

“The two Phuket projects are marked for the 2015 fiscal year budget; they have yet to be approved,” he said.