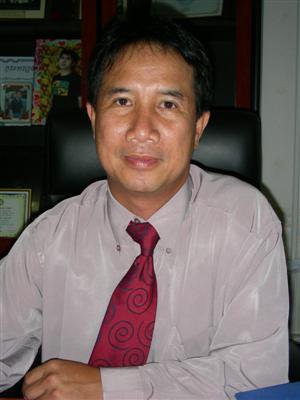 PATONG, PHUKET: Dr Taweesak Netwong, the long-serving director of the government-run Patong Hospital, has been transferred to serve as the director of Takua Thung Hospital in Phang Nga, effective from May 19.

Dr Taweesak will swap positions with Dr Phumin Silaphan, currently the director of the 30-bed government hospital in Takua Thung district, just over the Sarasin Bridge from Phuket.

Dr Taweesak said he is unhappy with his new post.

“I have many projects to develop and improve Patong Hospital, but I have been unable to launch them,” he told the Gazette.

Dr Taweesak served at Patong Hospital for more than 10 years, during which time the facility expanded from just 10 in-patient beds to a 60-bed facility offering a wide range of treatment facilities and services – including a “medical spa”.

However, his efforts to transform the hospital’s management structure to better serve the unique needs of Patong have proved fruitless, most notably his proposal to operate the hospital as a public organization like Banphaeo Hospital in Samut Sakorn province.

The low point of his tenure came last year when a number of doctors and other staff at the hospital began to resign in what became a downward spiral that left the hospital without a single full-time doctor – apart from Dr Taweesak – from September 2008.

Dr Taweesak also tendered his resignation at the time, but it was not accepted by Health Ministry permanent secretary Dr Prat Boonyawongvirot.

Patong Hospital has since been operating with a skeleton staff of doctors on loan from other government-run facilities.

Despite the doctor shortage, the hospital has no lack of patients. At night, the facility sees a steady stream of road accident victims, many of them foreigners operating rented motorcycles under the influence of alcohol.

Most serious cases are transferred to the better equipped Vachira Phuket Hospital in Phuket City or, in the case of foreigners, to privately run hospitals like Bangkok Hospital Phuket, Phuket International Hospital or Mission Hospital.