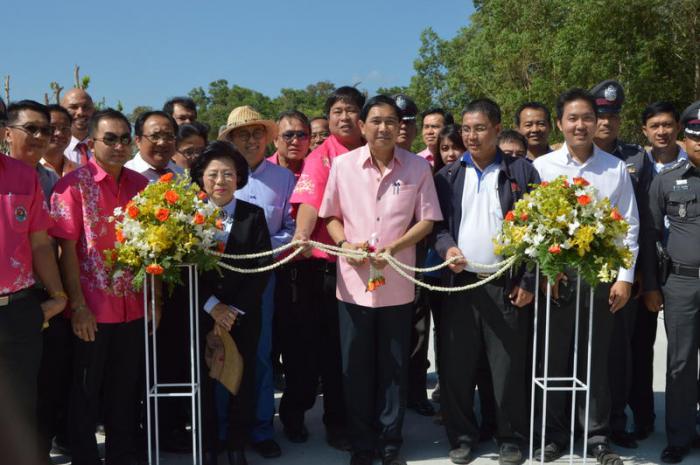 PHUKET: The new road that will allow drivers travelling between Patong and Chalong to bypass the Darasamuth Intersection in front of Central Festival officially opened to the public yesterday morning.

The new route, officially dubbed the Muang-Naka Road by Governor Maitri Inthusut, is just one part of an overall project to improve traffic flow throughout the island (story here).

The 1.25-kilometer-long road will run from Vichit Songkram Road near the Soi Bang Yai turnoff to Big C to about 300 meters south of the Darasamuth Intersection off Chao Fa West Road near Soi Na Sua, said Governor Maitri.

“It is important to provide alternative routes for drivers and improve traffic flow on the island,” Governor Maitri said.

Thalang triumph over ICC at ACG