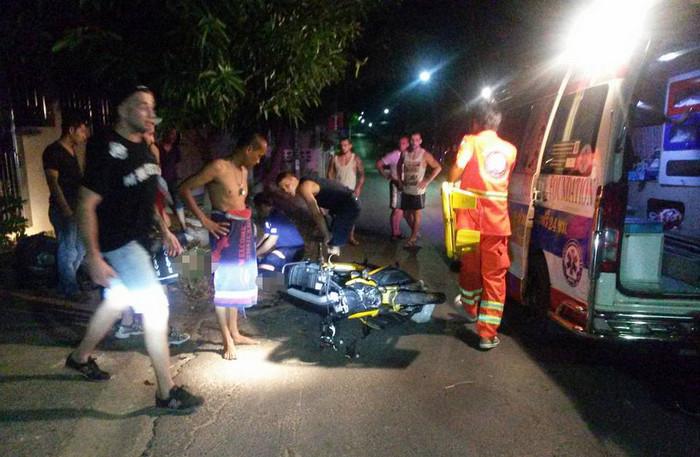 PHUKET: A New Zealand national was killed in a single vehicle crash in Chalong early this morning.

The woman*, whose name is being withheld until the embassy is informed of the death, was found at a curve on Soi Ta Eid. Her Zoomer-X motorbike was found severely damaged nearby.

“While at the scene, the woman’s friends came and told us that she had won a boxing match and gone out drinking with them to celebrate,” confirmed Maj Patiwat Yodkwan of the Chalong Police. “Her friends wanted to drive her back home, but she declined and drove herself instead.”

Police believe that the woman may have been driving at high speed when she lost control of her bike at the curve and crashed into a nearby tree. There was no helmet found at the scene.

The body was taken to Vachira Phuket Hospital to determine blood alcohol content levels and cause of death.